When she was only 13-years old, Amber Wallace was diagnosed with Crohn’s disease.

As she entered her twenties, the disease started to take over her life – she had ulcers, she couldn’t eat and didn’t have the energy to do much of anything.

In February of 2016, when Amber was 25, she was hospitalized for months. That May, she met a surgeon who told her she should undergo surgery to remove her colon, which would mean she’d have to live with an ostomy bag.

“I was devastated – I didn’t want to believe him,” says Amber, now a teacher in Gatlinburg, Tennessee. She convinced her doctor to give her more time to see if things would improve. But her situation got even worse.

“My surgeon told me that if I didn’t have the surgery in 48 hours, I would die,” she recalls. “The next morning, I had my colon removed.”

Amber’s story – although unique – is not uncommon. More than 750,000 Americans have an ostomy, according to the United Ostomy Associations of America. And every year 130,000 people in America undergo life-saving ostomy surgery.

Although life with an ostomy takes some getting used to, an ostomy can give people with incapacitating illnesses an entirely new lease on life. That’s exactly what happened in Amber’s case.

Today, she lives a normal, active life. Her debilitating pain is gone and her energy is back. She has returned to swimming and gymnastics, is an avid hiker and has competed in multiple 5K races. She has her own YouTube channel where she provides words of hope to people who are going through the same experience. 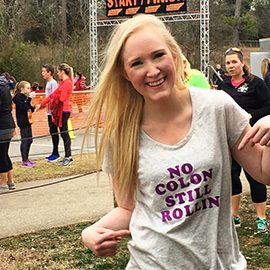 Words of wisdom from Amber

Amber’s YouTube channel have helped her connect with people having similar experiences. “People send me notes of gratitude for making the videos, because they couldn’t really find any honest and real content about it online. A lot of people think it would be so uncomfortable to talk about an ostomy bag, so they seem really appreciative for my willingness to share,” she says.

Amber says that having an ostomy took some adjustment and she had four places around her stoma where she had stitches. “These crater-like sores that wouldn’t stop bleeding,” she says. “My equipment wouldn’t stay on and I was in so much pain. I just wanted to give up. One day, when my mom and I were at the ostomy supply store, another customer told me about a product that she used that had been a lifesaver for her – a barrier spray. We picked some up, and it changed my life.” 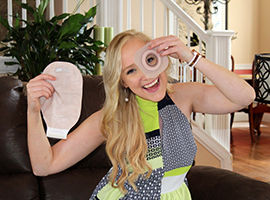 “I started spraying it around my stoma, and it acted like a protective barrier – it provided a layer between those sore spots and my equipment and did wonders for my skin,” she says.  “And it didn’t sting at all. I saw results within four days.”

If you are going through a similar journey, Amber advises doing some research.

“Before your surgery, talk to someone who has an ostomy bag. I didn’t even know what an ostomy bag looked like until I woke up with one. Also, I wish I wouldn’t have been so afraid of surgery. I thought my life would be over. I have way more of a life now because I’m healthy.”

For the full interview with Amber about how she learned to live with an ostomy, check out the in article in 3M’s Particles. 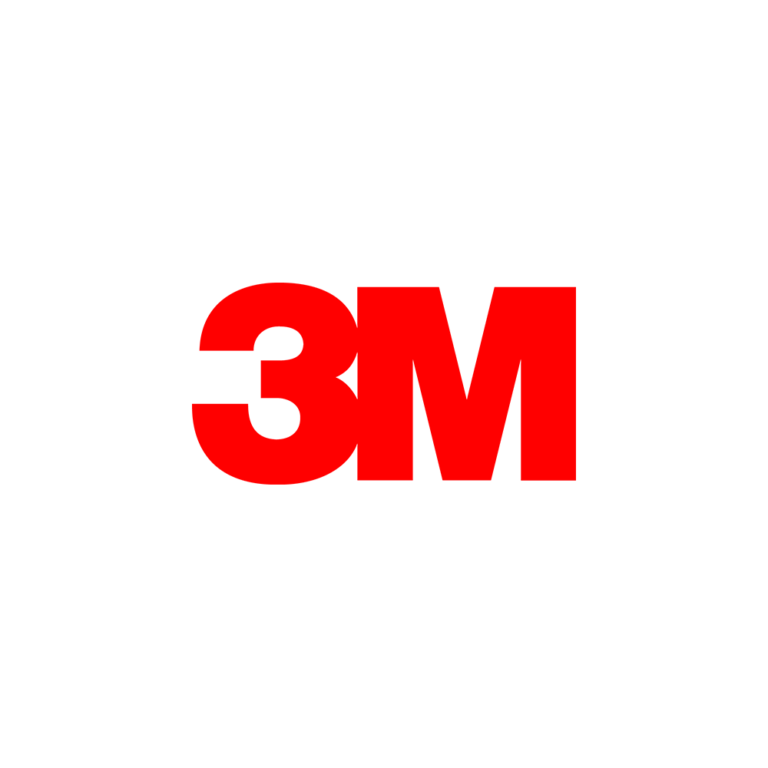 Being Proactive in the Wake of a Positive BRCA2 Result: Susan’s Story

The Call for Better Diabetes Care: Why I had to Amputate my Father’s Foot

Taking a Holistic View of the Patient Journey: a Transplant Coordinator’s Perspective

Patient Becomes Her Own Advocate for Her Central Line, Avoiding BSIs for 12 Years